We use cookies to give you the best browsing experience.

By clicking accept or using this site, you consent to those cookies. See .

How to Make Math Fun for Kids

We chatted with a father-daughter duo who found a fun way to turn an intimidating subject into a creative adventure.

At KiwiCo, we love pie—sweet pie, savory pie, and especially the number pi. But we met a middle schooler whose dedication to pie is inspirationally infinite. 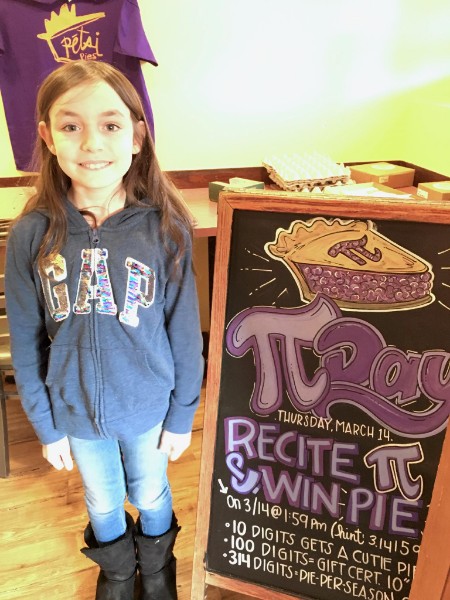 “There was this pie place that said that anyone that could recite a hundred digits got a free pie, but only on Pi Day, March 14th,” 12-year-old Sadie tells us.

So what did Sadie do? She started dishing out digits, of course.

“I decided to write down the digits in permanent marker on my hand, and I did 20 at a time. And every time I looked at my hand, they’d be there,” she says. “So I just remembered them.”

After a few weeks of memorizing, Sadie earned herself a free pie. Sadie’s story shows that, when combined with tasty treats, math becomes a lot more approachable for kids—and grownups (let’s be honest). And that’s part of the reason we love celebrating Pi Day. The quirky holiday presents the opportunity to introduce an intimidating subject in a sweet and surprising way. We chatted with Sadie and her dad—who happens to be a physics professor at Harvard University—to learn some tips and tricks for making math more fun for everyone!

“Mathematics is fundamentally about exploration,” says Dr. Jacob Barandes. “This is an opportunity to go on an adventure with your kids.”

Sadie’s dad, Dr. Jacob Barandes, says looking for patterns can help with more than the memorization of hundreds of digits. To Dr. Barandes, it’s also key to developing a greater affinity for math overall.

“Mathematics is fundamentally about looking for patterns in the world around us,” he says. “It could be a game that you come up with and then you notice this thing seems to keep happening every time. I wonder if there’s a reason for that.”

Here are a few activities that put this thinking into practice:

As these pendulums move back and forth, they make amazing patterns. Challenge your kid to think mathematically by asking them why! 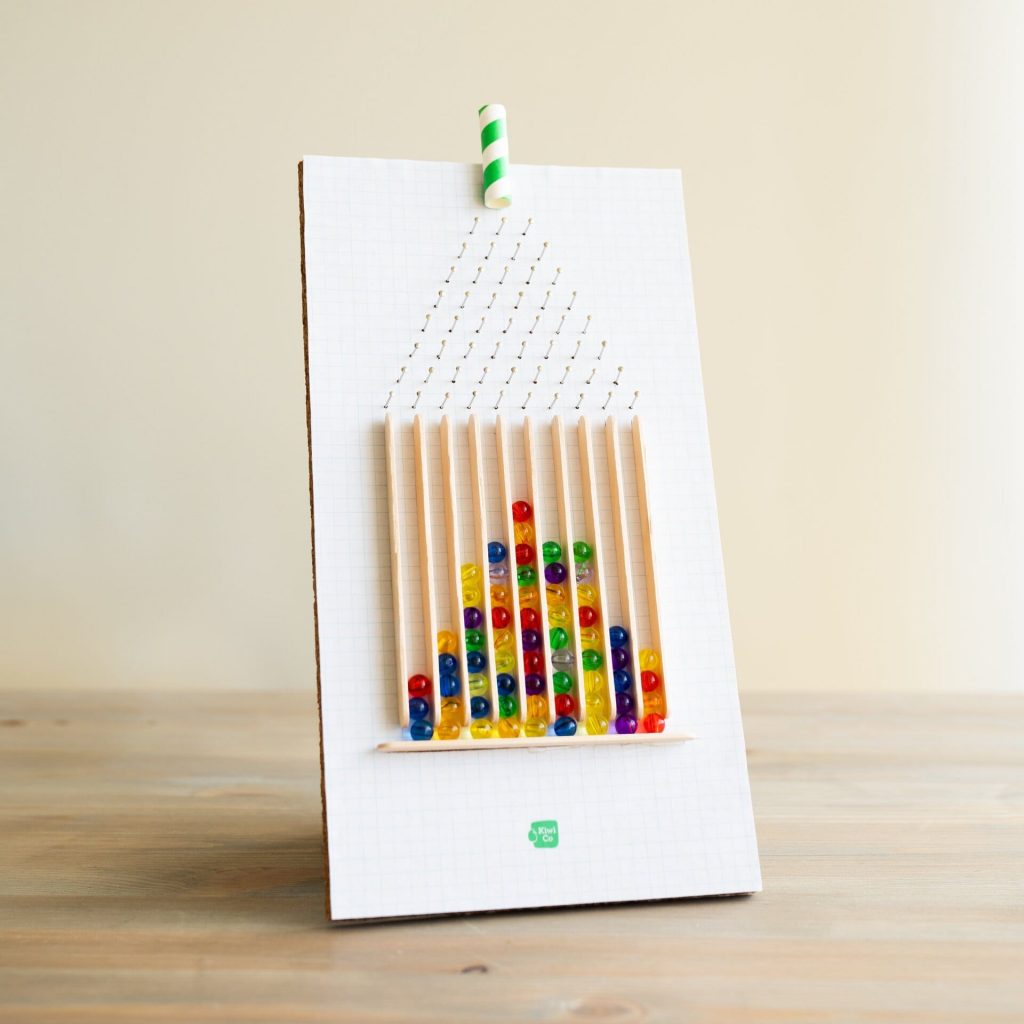 By building a peg board and randomly dropping some beads, you can demonstrate one of the most important principles in statistics: the bell curve!

Make a swinging pendulum and trace its path with lines of colored salt! What patterns emerge?

Dr. Barandes tipped us off to another great tool for playing with mathematical patterns (and practicing addition while you’re at it): the Pascal Triangle.

“You only have to know how to add simple numbers together to build one of these Pascal triangles,” he says. “But this is a wonderful example of where you find enormous numbers of patterns in structure.”

So, grab your kids, a pencil, and some paper, and follow these simple steps to build your own Pascal Triangle at home. Watch the math-y magic unfold!

Step 1: On your paper, make two sides of a triangle out of 1s like this: 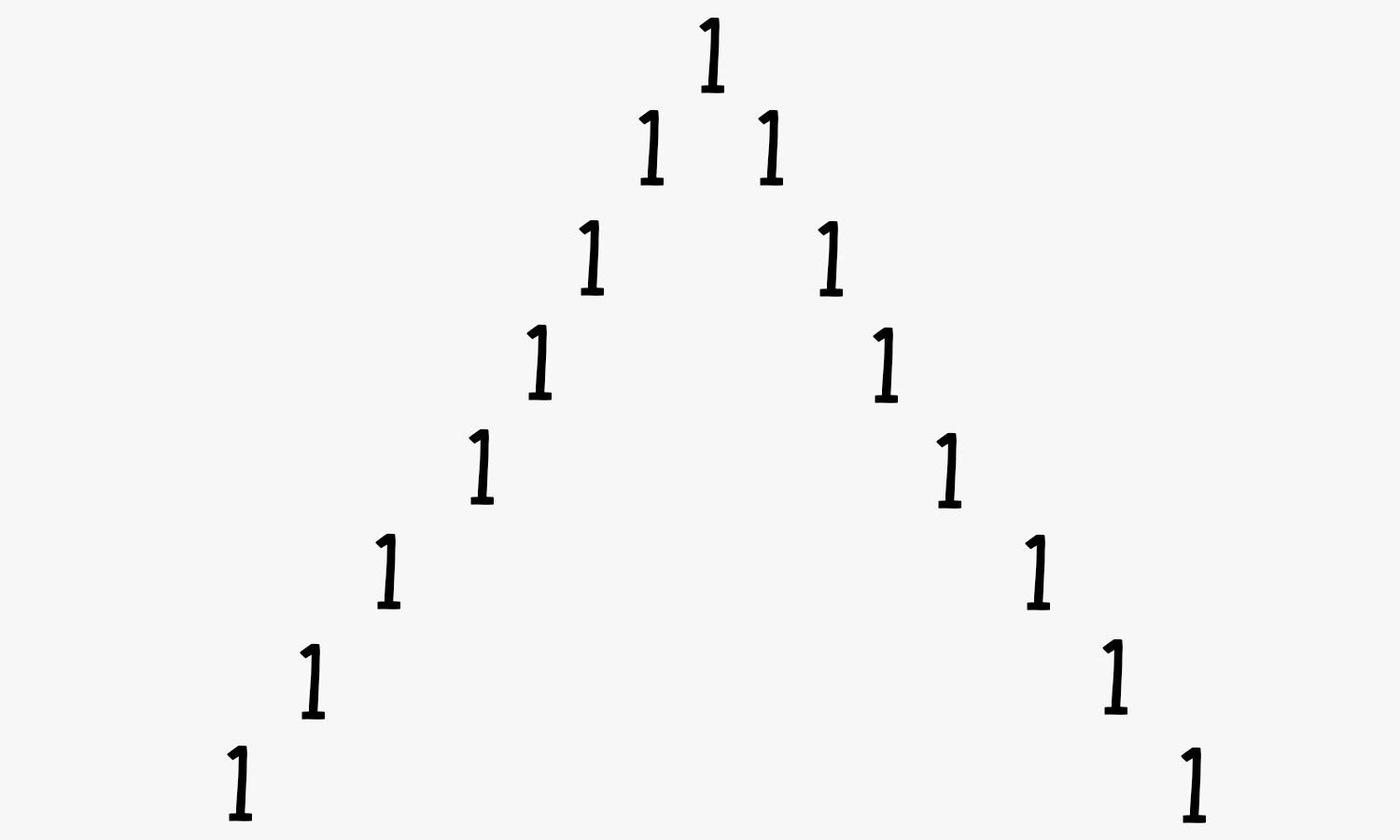 Step 2: Fill in your triangle by adding two numbers horizontally next to each other and placing their sum directly below them. For example, in row two, 1 + 1 =2. So, row 3 becomes 1-2-1. 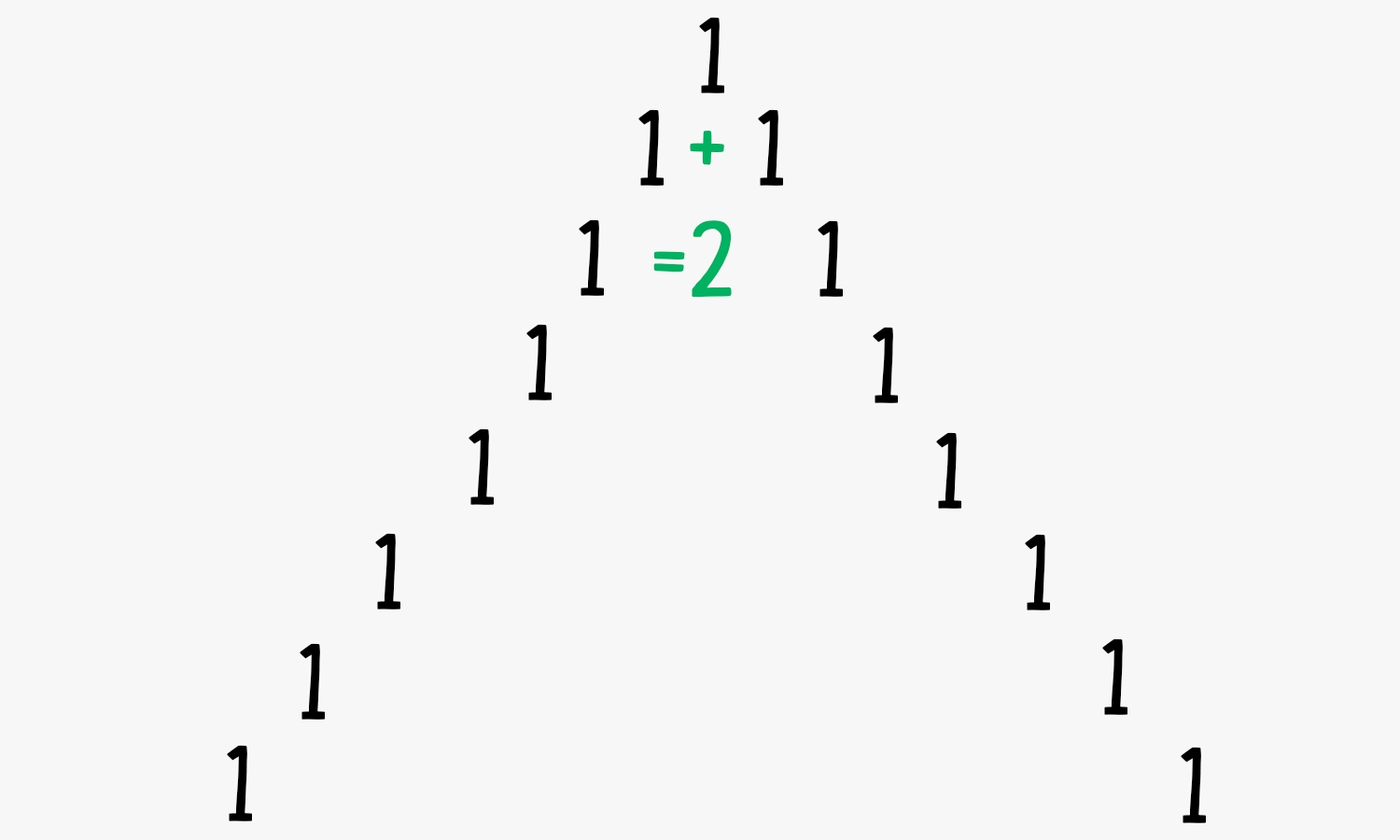 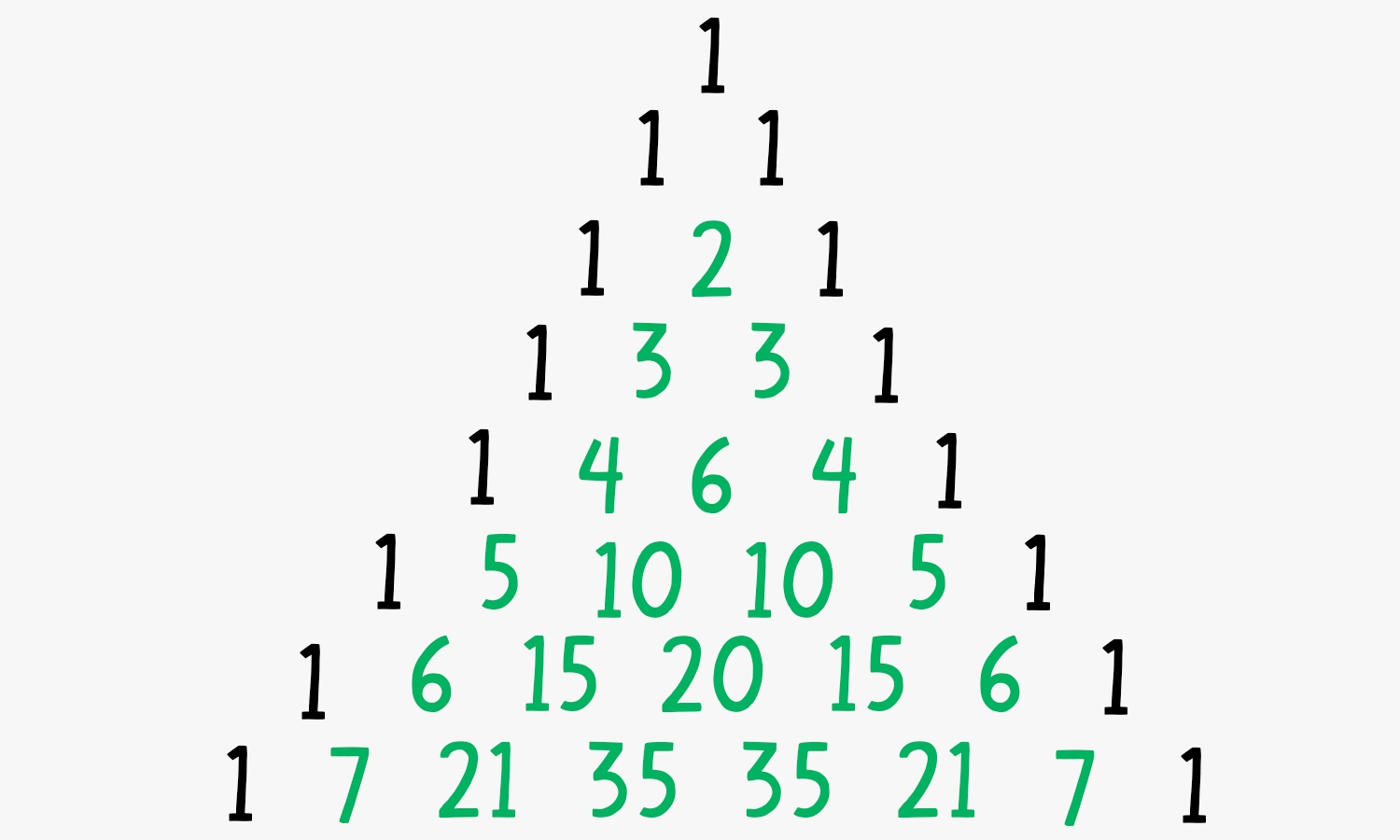 Step 4: Highlight or circle all the odd numbers in your triangle. What patterns do you notice? 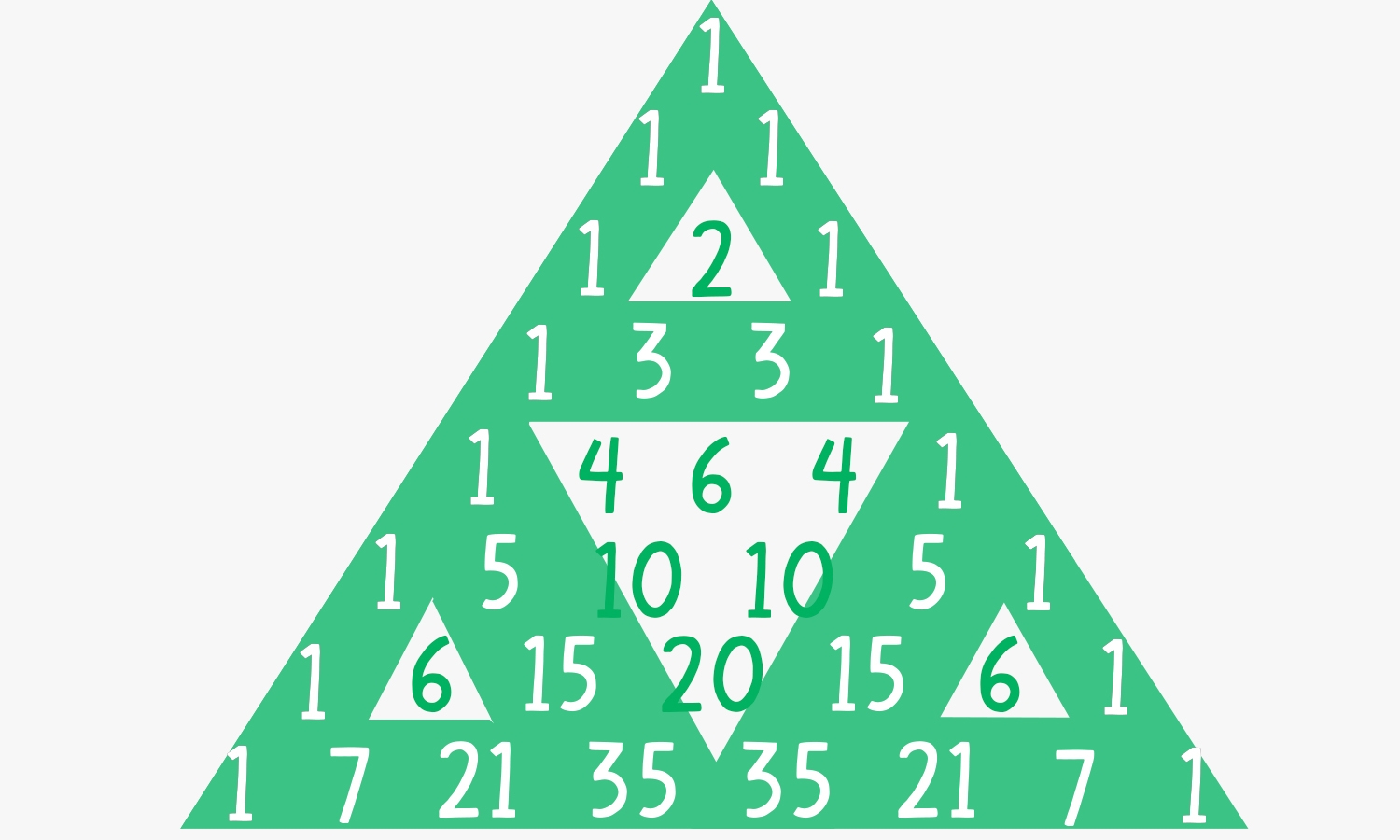 Step 5: Keep expanding your triangle and highlighting odds for some neat pattern discoveries!

Get more blog posts delivered to your inbox!

Sign up for our emails for DIYs, parent resources, and exclusive promos!

See all from Math ➜